We are so proud of everyone’s show accomplishments in 2021!  It seems like everyone had something to brag about.  We met our goals, whether it was moving up a division, qualifying for certain events or completing a successful course.  On Saturday, January 8, 2022, we will celebrate those who have won state awards.  If you would like to attend the banquet and have not yet told Katherine, please do so ASAP.

Modified Children’s Hunter 14 and under, Jumping Jack and Liston Johnson

We also had some Zone Award Winners

In December, we attended one show in Katy, Texas.  This show was the start of the 2022 show year.   Here are some highlights:

Laura Carter and Divide’s Freedom Spirit aka Spirit moved up to the Children’s Hunter Pony.  In their first time out, they were Champion!

Julia Sand’s Cordoba Z aka Cinco was Champion in the 2’-3” USHJA Hunter.  Caroline Molther had the ride.

Margot Evans and Buenos moved up to the Cross Rails.  They were Reserve Champion!

Georgia Carter and Gentleman Jack aka Jack were Reserve Champion in the Weekend Hunters.  They also won Saturday and Sunday’s Warm Up Classes.

We had a one-two finish in the first over fences class in the Weekend Hunters on Sunday.  Georgia and Jack won, with Julia Sand and Cinco coming in second.  This was a move up division for Julia and Cinco!

Emmy Canterbury’s Bada Bing Bada Blue aka Blue was Reserve Champion in the Medium/Large Pony Hunters.  Sky Bandini-Gondron was in the irons.

Elisabeth Marek and Last Man aka Kash were Reserve Champion in the Junior Equitation 15-17.  They also won the USHJA 3’-3” Seat Medal and the WIHS Jumper Phase with a score of 85!

With Elisabeth Marek in the irons, Brazos won the USHJA 2’-9” Hunter under saddle.  Mary Elizabeth Sands Kasperato was second in the class with Caroline Molther.

Kasperato and Caroline also won the Tellepsen Friday Warm Up.

MPH was successful in the Equitation, Hunters and Jumpers!

Anyone interested in attending any or all the Horse Shows in Katy in February please let us know ASAP.

I know summer seems a long time away, but it will be here quicker than you know.  It is time to be thinking about summer horse shows.  The Michigan shows sell out quickly.  We will need to know no later then March 15 what weeks you will be planning to show.

A big congratulations to Elisabeth Marek on early acceptance to Washington and Lee University.

Laura Carter was the winner of What’s in the Box.   Both she and Ryan guessed a picture frame.  Laura’s name was the one drawn to be the winner.

Jessica Marziani guessed the prize in the What’s in the Bag.  Her guess was hot chocolate.  There was a hot chocolate bomb and two cupcakes in a jar from the Dessert Gallery.

No one guessed What is in the Bag 21+ so it came down to Caroline and Katherine for a draw.  Caroline won the Bailey’s Irish Crème.

Hunters are judged on their way of going.  Think figure skating, we want the horse or pony’s knees to be square over the top of the jump.  Their stride should be long but not fast and there is a certain number of steps they should do between jumps.  They are judged both on the flat and over fences.

Jumpers are judged on who leaves the jumps up in the fastest time.  No flat classes for them!

May I make some suggestions for 2022 New Year’s Resolutions?

Wishing you a healthy and happy 2022! 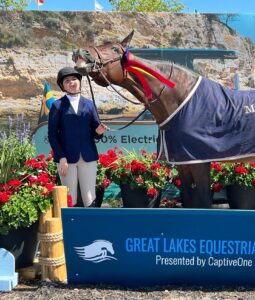 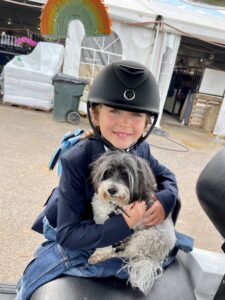 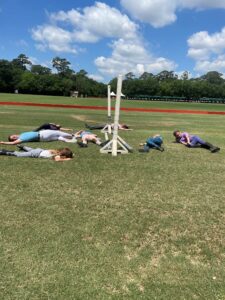 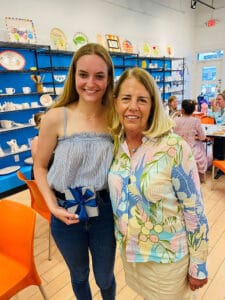 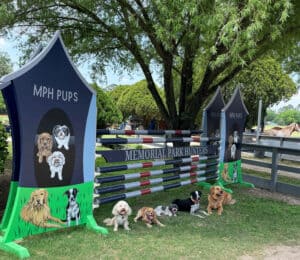 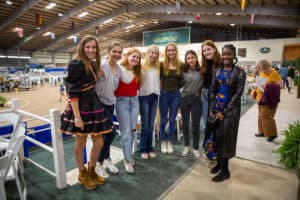 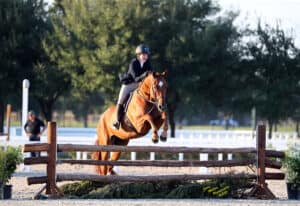 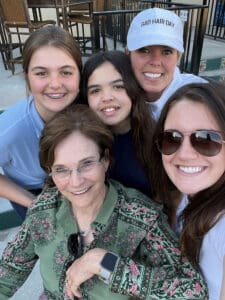 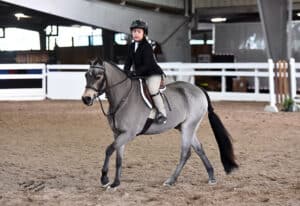 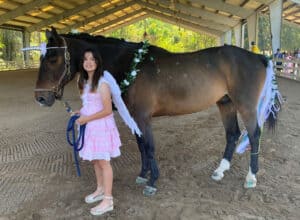 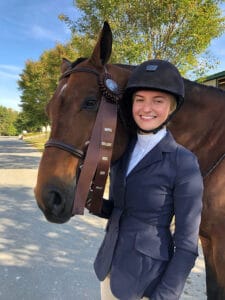 Congratulations to Georgia Carter on the birth of her grandson, Peter Conrad Herzog Mosher. Congratulations also goes out to Elisabeth Marek on her new partner, 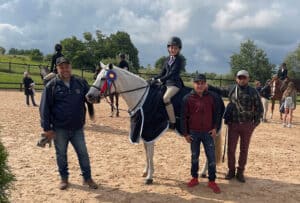 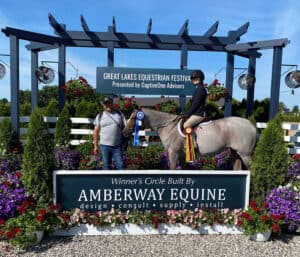 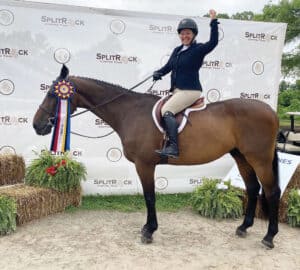 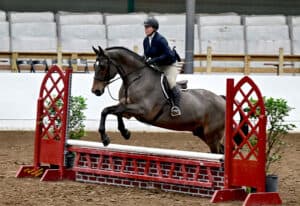 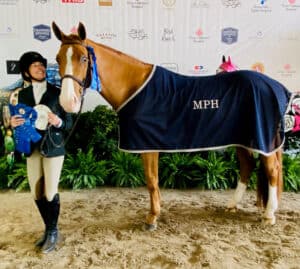 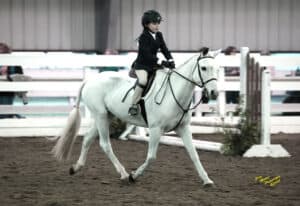 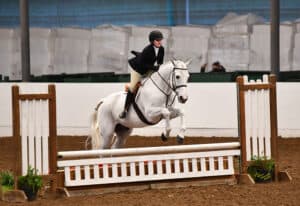 Wow!  The ground hog wasn’t kidding when he said there would be six more weeks of winter!  This is the first time that Alejandro or 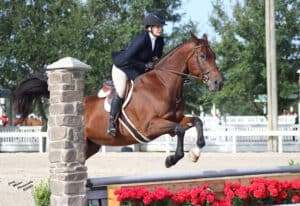